The person to the credit of 1st Operating System goes to was Gary Kidall from Digital research’s If you do not know him, then you may have a look.

In short Gary Kidall made:

Gary Kidall was a graduate from University of Washington :1972 batch. He purposely did not want to become rich in words of his on Scott Kidall.

Gary Kildall was originally from same country as founder of Linux:Sweden..

The Story of PC Operating System

The definition for Disk Operating System? It is a name given to an operating system.

Questions is what did we have before Operating Systems came and what is main function.

The thing is computers were using binary numbers 10 or machine language to get instructions. Thing is machine language was difficult and there was an interface needed between humans and the computer. A simpler one that is.

So who invented 1st Operating System?

Early Mainframes did not have operating systems. If you are wondering what a mainframe is? Mainframes are computers with high capabilities.  They are designed to process 1 trillion transactions per second!  IBM was connected with early mainframes.

The 1st Operating System was GM-NAA I/O, developed by GM in 1956. But we are interested in Personal computers. (PC).

So we are interested in CP/M. It stands for Control Program/Monitor was developed by Gary Kidall of Digital Research in 1974.

The DOS Story begins- Yes Bill Gates is in the story.

IBM already was using an OS.

IBM has a cool idea.

In late 1980,IBM wanted to enter the PC Market . To enter quickly into the PC market ,IBM got many things from the 3rd party sources. One of them was Operating System.

Bill Gates sent them to a person named Gary Kiddal who an inventor ,mathematician but less of a businessman. Gary Kiddall introduced CP/M. It was a text based Operating System. CP/M used commands from a keyboard. Some popular CP/M applications were :

Computers that used CP/M were:

“Someone is coming to see you. Treat them well, they are important people.”-Bill Gates

Bill Gates was under Non Disclosure agreement with IBM and thus could not reveal their name to Gary.

When IBM went to Seattle to Gary’s house; he was out flying.  When his wife was requested to sign NDA agreement, she did not and ultimately they left without any agreement.

UNIX was created by Dennis Ritchie and Ken Thompson while working in BELL laboratories. The Multics  project at Bell laboratories was discarded and later on the two worked on the project.

Dennis Ritchie is also cred for bein inventor of Programming language  C. The two were credited for their innovative work in National Inventors Hall of Fame.

The Operating System CP/M is launched by Gray Kiddal of Intergalactic Digital Research in 1976.

Apple is  founded by Steve Jobs and Steve Wozniak in April,1976.

Microsoft is born, created by Bill Gates and Paul Allen.

This OS run for next five years.

This famous or infamous meeting with IBM and Gary Kiddal is a lesson for future IT entrenepenuers or Businessmen. 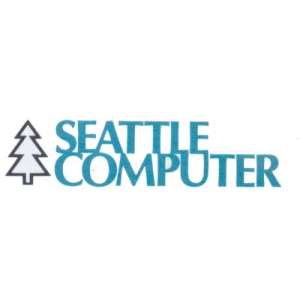 QDOS after buying rights from SCP, and hiring a programmer named  Tim Patterson makes DOS, a clone of CP/M.

IBM after meeting with Microsoft again wanted if they could prove an OS .Microsoft was providing programming language.:

Basic. OS was not in area of Microsoft at that time.  Bill Gates agreed to provide an Operating System to IBM, though they did not make OS’ themselves.

So when Bill Gates was wondering where to get an OS for IBM.  Tim Patterson calls to inform Bill Gates about an OS SCP was developing in house and if Microsoft was interested in writing some software for it.!

Bill Gates recognized opportunity when saw it. ! He saw this was an opportunity for the OS he was looking for.

He tells Jack Sams, head of software development at that time in IBM: